LAYAWAY IS BACK, PISTOLS, RIFLES, SHOTGUNS, FLOOR SAFES, IF IT'S GOT A SERIAL NUMBER, 20% DOWN WILL HOLD IT FOR UP TO 90 DAYS. GET YOUR GIFT SHOPPING STARTED EARLY, EVEN IF IT IS FOR YOURSELF. AND REMEMBER, YOU CAN BE SHOOTING YOUR FIREARM ON OUR RANGE WHILE IT'S ON LAYAWAY.

Welcome to Shooters Express, Charlotte's #1 destination for all personal defense and sport shooting supplies, instructions, and recreation shooting. In business since 1991, we not only offer the largest indoor pistol, rifle and shotgun firing range which also offers over 120 different choices in rental firearms ranging from .22’s all the way up to fully automatic rifles, WE ARE METORLINA’S ORIGINAL “TRY BEFORE YOU BUY” LOCATION, and also a fully stocked pro shop with all the latest goodies; a full time, on site gunsmith to help with all you problems; and instruction, both in the form of classes and private one on one sessions with one of our instructors, plus many other services to help. No matter if you’ve been shooting for all of your life, or never held a gun before, we can help with any and all of your needs.

Shooters Express invites you to spend an afternoon with Joe Teiti and your favorite AR15 rifle.   Covering areas of:

* Field maintenance and proper care of your M4
* Choosing the proper optics and accessories (slings, optics, magazines, etc)   I have a very large collection of all to share with the students.
* Wound ballistics and shot placement
* Balance between speed and accuracy
* The adrenaline dump and the effects on combat marksmanship
* The 7 Fundamentals of Combat marksmanship
* The importance of understanding the OODA loop and the Color Code of Awareness
There will also be live fire range time after the classroom session.  Each person will need a minimun of 100 rounds of ammunition.

Joseph is a veteran of both US military and US government special operations units.  He is a former Force Recon Marine, Army Special Forces “Green Beret”, and a former operator in a highly classified government counter-terrorist unit.

He served in both OIF (Operation Iraqi Freedom) in Iraq, and OEF (Operation Enduring Freedom) in Afghanistan.   As an Assault Force Team Leader he planned, coordinated and conducted a broad range of highly complex and sensitive DA (Direct Action) special operations missions covering the entire operational continuum.  These missions gave the President of the United States an option when overt military and / or diplomatic actions were not viable or politically feasible.  Operations of this nature required rapid response with surgical application of a wide variety of unique skills, while maintaining the lowest possible profile of U.S. involvement.  He participated in numerous classified DA missions with several Tier 1 units to include, US Army Delta Force, US Navy DEVGRU (SEAL Team 6), Australian and British SAS (Special Air Service) Regiments and Canada’s JTF 2.   He has attended over 30 formal schools in regards to special operations.

Joseph was the co-star of the hit show “Dual Survival” on the Discovery Channel for 3 seasons.  He survived in some of the most demanding and brutal environments on the planet.   He has survived in the jungles of Sri Lanka, the deserts of Oman, the glaciers of Norway and everywhere in between.   He is considered a subject matter expert on extreme outdoor survival, urban survival and emergency disaster preparedness.

He is the founder of Spartan Americana LLC. a tactical training company that provides clients a unique opportunity to learn advanced skills based on Special Operations Forces (SOF) tenants and principles that will increase their knowledge, mindset and self reliance so they can perform at optimal levels in all aspects of their life and manage crisis events as they occur.

SPACE FOR THIS CLASS IS LIMITED 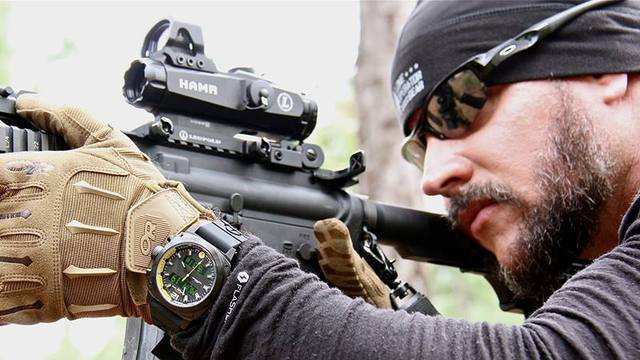